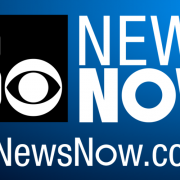 A lawsuit alleging negligence and wrongful death has been filed in District Court following the January death of a security guard working at the entry gate to an upscale Henderson community.

Mark Theodore Streit, 60, died as he was trying to help an RC Willey delivery truck back out of a driveway at the entrance to Roma Hills.

Included in the lawsuit is a letter to a manager for Real Properties expressing concern over the “current Roma Hills gate and road situation” and road work that is “incredibly dangerous.” An unnamed resident sent the letter the morning of March 25, according to lawyers for Sharon Streit.

According to the letter, “The main gate has 1 way in and with multiple projects taking place there are literally 20-30 vehicles trying to get in with 1 guard. This is impossible and dangerous. We Love Mark but the guy is just overwhelmed.”

The letter even offers a list of solutions needed to address the problem. When the truck could not get through the entrance, Streit told the driver he would have to use a construction entrance, and went to clear traffic behind the box truck so it could back out.

A news story based on information from Henderson police indicates Streit fell in the path of the truck for unknown reasons. But the lawsuit alleges the truck hit Streit and knocked him down before rolling over him.

Allegations in the lawsuit claim the driver and another employee who failed to assist are responsible for the guard’s death. The RC Willey employees “acted recklessly, maliciously, and/or oppressively with intent to allow injury and death to the Decedent,” according to claims in the lawsuit.

Sharon Streit is represented by lawyers from the Prince Law Group. The lawsuit seeks general, compensatory, special and pecuniary damages in excess of $50,000, and punitive damages on top of that.