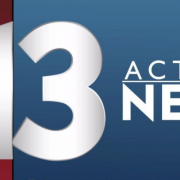 A complaint was recently filed on behalf of Daniel Sauls, the victim of an April 17 shooting at Legacy Golf Course in Henderson, against the estate of Clarence Jackson and Mary Casey for damages that exceed $50,000.

The complaint, filed by attorneys Dennis M. Prince and Angela Lee of Prince Law Group, states Sauls was playing the 16th hole of Legacy Golf Course with friends when a ball hit a neighboring home. Jackson emerged from the home, threw the golf ball back at the golfers, hitting one in the face, and engaged in a verbal disagreement.

Once the argument de-escalated, the golfers continued to play the 16th hole and then got into a golf cart to travel to the next hole, which crossed Ping Drive. As the golf cart was crossing the road, Jackson approached with a firearm.

According to the complaint, the gun discharged accidentally and “at no point did Jackson deliberately or purposefully point his firearm” and “was shocked that the firearm accidentally went off and appeared shaken.” The bullet entered Sauls’ hand, struck him in the abdomen and lodged in his small intestine.

As friends administered care to Sauls, Casey arrived on the scene and called emergency services. Jackson retreated to the home and took his own life.

The complaint alleges Jackson was negligent and did not exercise “reasonable care concerning the firearm and the dangerous condition he created,” and Casey failed to store the firearm in a safe place, creating a safety hazard. The complaint was filed in the Eighth Judicial Court in Clark County, Nevada.

“It’s unfortunate and unacceptable that an outing for fun and recreation would result in an innocent person confronted with a life-threatening situation,” Prince said. “There was no reason for this situation to spiral into violence.”

Prince Law Group to Litigate Complaint Against Pump It Up – Las Vegas...
Scroll to top