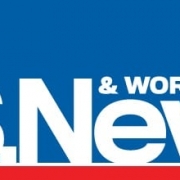 The widow of a security guard killed struck and killed by a furniture delivery truck maneuvering out of a tight spot in an upscale southern Nevada neighborhood is seeking monetary damages from the furniture company and others.

Attorneys for Sharon Streit allege in a civil lawsuit filed March 25 in state court in Las Vegas that R.C. Willey Home Furnishings and the Roma Hills community owners association in Henderson were among those responsible for what the complaint called wrongful death and negligence.

A spokesman for Utah-based R.C. Willey did not immediately respond Wednesday to a telephone message.

Attorney Martin Kravitz, representing the homeowners’ association, told the Las Vegas Review-Journal he was not immediately served with the lawsuit.

Mark Streit, 60, was at a guarded gate entrance where a construction project created a traffic bottleneck and a delivery truck driven by an unnamed driver was forced to turn around, authorities said. Streit was fatally struck when the truck backed up.

“This tragic outcome could have been avoided had common sense safety precautions been in place,” attorney Dennis Prince said in a prepared statement.

Kravitz told the Review-Journal he lives in the community, where people thought highly of Streit and were shocked by his death.